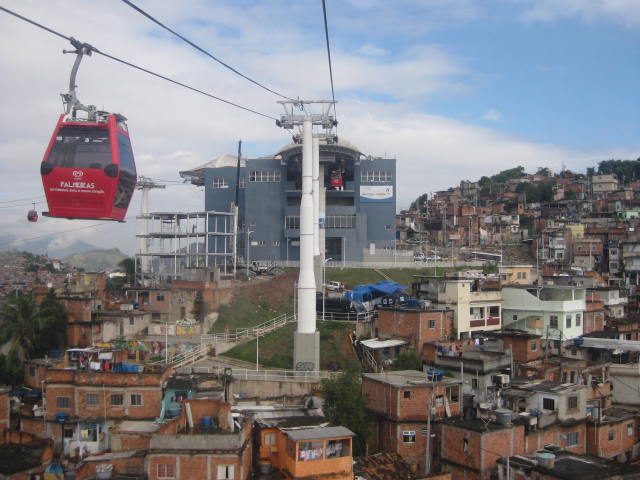 Want to visit Rio, but you are frightened of favelas? Don’t be. In recent years, many of these modest communities have been made safer through police intervention and improvements in social programs, which are two developments that have paved the way for the tourism industry to move in.

Today, there are a number of communities that foreign visitors can tour with a reasonable degree of security. Below, we profile three favelas in Rio that are well worth your time to visit.

Located within a stone’s throw of the posh sands of Leblon, Vidigal is by far the safest of the favelas, as it was actually quite popular with creatives and brave foreigners before the police moved in a few years ago. After its pacification, it has become even more trafficked by tourists, with local guesthouses and even a sushi restaurant opening to cater to the new influx of foreign visitors.

Even so, much of Vidigal retains its gritty roots, in spite of the gentrification wave that it leading many to say that this part of Rio is set to become the next Santa Teresa (an older, well-established middle class neighbourhood set amidst poorer favelas high above downtown). Whatever the future holds for Vidigal, now is the time to see it before the forces of progress transform this place.

Less glamorous than Vidigal due to its location far away from the beaches in the industrial zones of the north, Complexo do Alemão is favored by those looking for a more “authentic” favela experience. While this neighborhood is much rougher and less wealthy in its appearance than many other pacified favelas, it is easily the safest due to the intervention of security forces in recent years.

The construction of a cable car through the area has made it cheaper and easier for residents to commute to work, and it makes for an easy ingress point for visitors seeking to see the grittier side of this Brazilian city. Here, chickens wander the streets, while hustlers sell everything from water to candy to anyone looking to buy.

While you should take care not to photograph residents without their permission, you can get a better idea of what you can shoot and where you can go by hiring a Tour guide in Rio de Janeiro. Aside from ensuring your safety to the maximum extent possible, they can provide details that you would never know about without their insider knowledge.

Did you know that there is a favela in Rio that has a bronze statue of the King of Pop? In the public square of the tightly packed neighborhood of Santa Marta, a monument that commemorated the shooting of the music video for the song They Don’t Care About Us, by Michael Jackson, stands proudly.

It acts as a centerpiece for the new coat of paint that many of the concrete walls have been coated with, featuring a kaleidoscope of colors meant to increase community pride. It has seemed to work, and with the inflow of tourism, optimism is on the rise among long time residents.