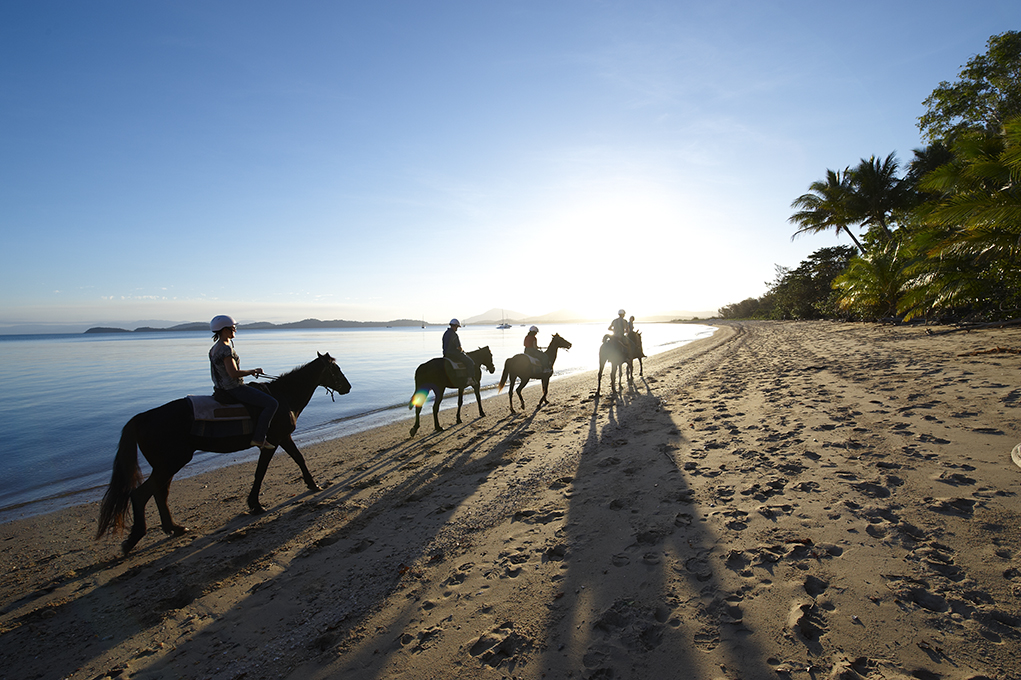 In the UK, as winter begins to surrender to spring, the National Hunt is galloping towards its first major event of the year, The Cheltenham Festival. However, for the numerous backpackers presently half-way across the globe from Cheltenham, there are more scenic and less competitive equine-related activities to explore. Indeed, whilst some homebodies sit and watch valiant runs by contenders More Of That and Peace And Co., travellers will be trotting beneath a leafy forest canopy or sloshing across a glittering bay. But, for those who love to see the world by e

e pack, where should you to get the best views and see the most stunning landscapes, as you trample through them.

Bounded by the Tasman Sea this picturesque coastal region was a primary filming-location for Peter Jackson’s Lord of the Ring’s trilogy. Cut through by the roaring Waikato River, this untouched land is rich in greenery and natural wonder. The combination of volcanic activity in the region, which has led to some stunning black sand beaches, and broad floodplains means that the Waikato region is one of the most fertile areas on earth. Therefore, the forests that engulf the areas between the thriving farmlands are flourishing with gigantic frees that twist and spiral above the dirt tracks.

The region also features rolling hills, vast swamps and the enormous Lake Taupo. Therefore, for the experienced riders amongst you, there is plenty of variety in terms of terrain and scenery to keep both your mind and body occupied. Due to the regions thriving architectural economy, there are plenty of ranches dotted around to rent steads from. Moreover, the area is also famous for its wine. So, after a long day in the saddle, you can unwind in fine Middle Earth style at a boozy inn!

From lush forests to baron deserts, Arizona offers a distinctly different horse riding experience to New Zealand. Arizona is famous for its desert, which stretches between the Basin and Range regions. The dusty landscape is populated by xerophyte plants such as cactuses, due to the exceptionally hot climate of the state. Within the desert regions there are an abundance of mountains, which stops Arizona becoming simply a flat and monotonous entity.

The filming location of many iconic Western movies – including Stagecoach (1939), 3:10 to Yuma (1957), Ulzana’s Raid (1972) – and home to the famous Grand Canyon, Arizona is the perfect riding location for cowboy fans. Moreover, whilst navigating this desolate but beautiful environment, you may even come across the Barringer Meteorite Crater, one of the most well-preserved of its kind. A huge crater, surrounded by jumbled and smashed boulders, it measures at nearly a mile wide and 570 feet deep.

A bit of a wildcard entry for those not from the UK originally. Whilst, you can go for a Middle Earth inspired trek through New Zealand or a Dirty Harry themed jaunt through Arizona, if what you are after is a gentle clop along the coast then Dorset is for you.

Dorset, a sleepy and picturesque county located in the South of England, is internationally known for its stunning coast lines. The larger towns of this county feature traditional seaside attractions, originating in Victorian times, such as amusement arcades, pleasure piers and fairgrounds. However, away from these more populated areas, there is literally miles of untouched coastline that spans golden beaches, towering cliffs and isolated coves.

Perhaps the most picturesque, and most ready for saddling-up, of these is the appropriately named Studland Beach. Studland was named one of the top five horse riding beaches in the UK by Countryfile. Stretching across 3 miles of unbroken coastline, this white sand beach is brimming with dunes ready to be conquered by adventurous riders. Once done with the dunes, you can head towards the sea and feel the spray slash through the air as you cut through the water.