Musicians have always been known to covet their instruments. With enough money backing their habit, they can fill their homes top to bottom with musical instruments, accessories, and regalia. This is especially true for guitarists, and it’s not unusual for basements, garages, or spare rooms of Canadian guitar players to be occupied by various makes, models, and brands. Despite having a variety of guitars at their disposal, there’s usually one in particular that gets played more often than the rest. Even the biggest rock idols, known for unimaginably large collections, are known to pick favourites. 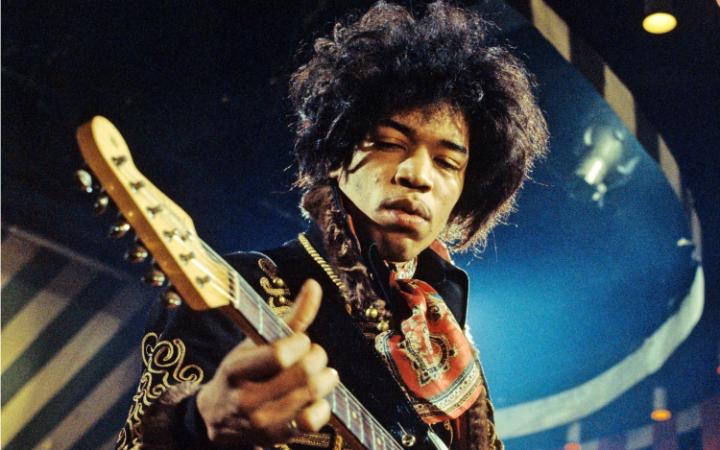 Eric Clapton
A man who’s considered to be God by fellow musicians, and who’s enjoyed over 50 years of commercial success, doesn’t want for much – including his collection of guitars. At one point, he had over 150 items in his collection, including the renowned 1964 Gibson SG and the 1964 Gibson ES-335. But it’s the Fender Stratocaster line that he’s most famous for – in particular a model he’s dubbed “Blackie”. In an unprecedented move of impressive generosity Clapton has since auctioned off most of his guitars, including Blackie. Still a loyal player of Strats, he has his own signature line sold at most music stores, including the biggest online music store in Canada. Luckily, the line is much more affordable than the $959,500 that Blackie raked in for Crossroads Centre Antigua.

B.B. King
Blues legend B.B. King had a reverent relationship with his guitar, which he dubbed “Lucy”. In the 1968 liner notes from his album, Lucille, King personified the guitar as an actual being that loved to be “petted and played with”. He and Lucy were inseparable from then onwards, as the signature black Gibson ES-355 was his go-to instrument while recording and touring for the rest of his career.

Jimi Hendrix
Perhaps the most famous example is the American singer songwriter, Jimi Hendrix. Though lost to us over 45 years ago, he’s still known by musicians around the world as one of the greatest guitar players to have ever lived. Known for his use of peddles and distortion, he created a unique sound relying equally on blues rhythms and rock riffs – and all the while using his now iconic white 1968 Stratocaster. It should come as no surprise that the guitar he used while onstage at Woodstock is one of the most expensive guitars in the world today, estimated to have gone for nearly $2 million.

You may not share the fame of Hendrix, King, or Clapton, but there’s one thing uniting you with your biggest musical heroes. Just like them, you have your favourite instrument. It might not be fancy; it might not have a nickname; and it might never go for multiple millions of dollars in auction, but it carries as much emotional resonance as Blackie or Lucy. For an instrument that you play every day, that’s good enough!