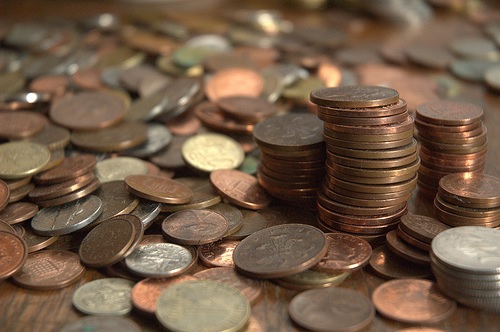 The marriage many digital travellers have been hoping for appears to be happening, with popular e-wallet Neteller set to begin accepting deposits in the form of Bitcoin.

The digital currency has been riding on a wave of positivity over the past few months, with a number of established poker sites opening their doors to Bitcoin after previously refraining from dealing with one of the hottest topics in the software world.

With the popularity of online casinos at an all-time high, the prospect of digital currency being accepted would only add further legitimacy to Bitcoin and help establish the currency as a genuine alternative to the more traditional forms of money.

The creation of Satoshi Nakamoto, Bitcoin has been available for five years. The world has seen the currency go from being a punchline to a currency that is now widely accepted. It is gaining more and more users at an incredible rate. The fact blue chip name companies such as Amazon, Kmart, Sears and Gap now accept Bitcoin has proven that this is much more than a passing fad.

And it’s not just online where Bitcoin has a presence, with bricks-and-mortar ATM’s in Las Vegas now allowing those visiting the strip to convert their digital currency into dollars.

The year of 2015 has been a huge year for Bitcoin in terms of the hugely popular online poker market. Poker software provider Hold ’em Manager revealed it would start accepting the digital currency in their store, adding Betcoin to their other more traditional methods of payment, such as Visa, Mastercard, American Express, PayPal and Neteller.

While there are still a number of poker software providers rumoured to be close to following Hold ’em Manager’s lead, the deal further established Bitcoin’s legitimacy as a viable currency.

But if you cannot get to the bright lights of Vegas and visit the online casino instead, the fact that Neteller and Bitcoin are now going to link up is fantastic news for you. Things are about to get futuristic.

Neteller has been one of the biggest digital wallets on the internet for the best part of 10 years, offering customers a secure way of transferring money online. Many betting fans are familiar with Neteller and the addition of Betcoin will attract a whole new audience to the money transfer business.

Neteller have started to clean up their competition over the past 12 months, recently agreeing a monstrous $1.1billion deal to buy out rival Skrill. This combines two of the biggest digital wallets into a single entity and making the market a much cleaner and simpler one for customers.

Despite all the controversy that surrounded the introduction of Bitcoins, the only way the digital currency is going is up and those companies that have spent years dismissing this alternative way of trading will need to start waking up and getting on board.

For those of us who do most of our shopping, business and get most of our entertainment online, the growth of Bitcoin is something that is only going to get better.

Did you know that you can now enjoy hundreds of casino games from websites that accept bitcoin payments. Check this out, the following bitcoin casino directory is a great place to start.