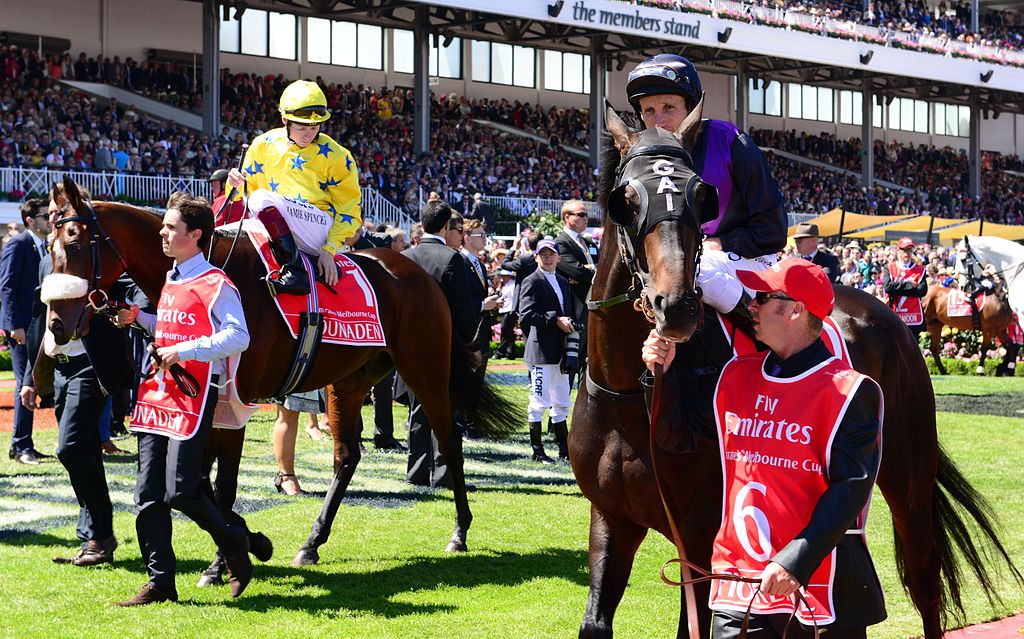 Ready to take in the 2015 edition of the race that stops a nation? If you are new to this world famous sporting event, we will bring you up to speed with a brief history of the Melbourne Cup as detailed in the paragraphs below…

November 7, 1861: the day the first edition of the Melbourne Cup was run

In the mid 19th century, Captain Frederick Standish, a recent immigrant to Australia from the United Kingdom and the chief of police in the state of Victoria, bandied about the idea of holding a championship horse race at Flemington Racecourse in Melbourne.

Wanting it to become a top tier race on the professional circuit, he arranged to have what was considered to be a rich purse at the time, as 710 gold sovereigns (worth £710) and a gilded watch were put up for grabs to the winner of the first running of the Melbourne Cup.

While a respectable crowd of 4,000 people turned out to this exciting inaugural event, attendance was tempered by news of the untimely demise of the great Australian explorers Burke and Willis.

Nevertheless, an upset victory by Archer, a legendary race horse from Sydney, ensured that much greater crowds would return to Flemington in subsequent years.

By 1865, the popularity of the Melbourne Cup had made it fiendishly difficult for employers to keep their workers from slipping out for a super long lunch – at Flemington Racecourse.

With many private businesses beginning to shutter their operations either at noon or for the entire day, the state government of Victoria took the drastic measure of declaring a civil and bank holiday on the day of the Melbourne Cup from the that year forward.

In the present day, this holiday still exists for many workers, which is a rare example of a sporting event being the impetus for the declaration of a public holiday in the times in which we live.

Skipping ahead to the modern era, there have been few feats as impressive as the one that Makybe Diva pulled at the turn of the 21st century.

From 2003 to 2005, this beast ran the table, taking first in the Melbourne Cup each year. In addition to this, Maykbe Diva was also the fifth mare and the 14th female to win the Cup in its long history, making her a horse for the ages.

Another noteworthy development during the history of the Melbourne Cup has been the explosion of media coverage and information available in the run up to one of the world’s most famous horse races.

These days, in-depth coverage on the story lines surrounding each jockey and horse team, the fans that stream into the grandstands in their finest threads, and deep analysis on the odds of which entrant has the best chance to win are splashed all over the web.

This makes it easy to get your online 2015 Melbourne Cup betting done, as well as get race fans pumped up for the firing of the starter’s gun at 3:00 pm Tuesday afternoon.