The midwestern state of Ohio may not seem like the most desirable travel destination, but this is where you’re wrong. In this American state you’ll find picturesque rolling hilltops, both small towns and booming cities, and some of the friendliest people around. If you’re interested in adding Ohio to your list of places to visit, don’t forget to add these cities to your itinerary: Akron, Columbus, Cincinnati, and Cleveland. Each of these places has something different and exciting to offer, so start planning your trip today! 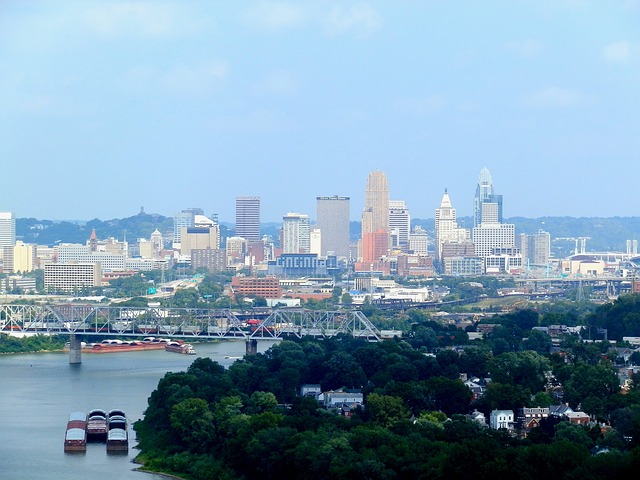 If you’re visiting Akron anytime soon, you’re in luck. Here you’ll find popular sites such as Stan Hywet Hall and Gardens, Hale Farm and Village, Cuyahoga Valley Scenic Railroad, and Perkins Stone Mansion. Traveling with children? Spend the day at Akron Zoo, or take them to one of the many parks in the area. When deciding where to stay, you’ll be pleased to find that there are tons of options for budget-friendly Akron hotels, such as Country Inn and Suites, Hilton Akron/Fairlawn, Radisson Hotel, Residence Inn by Marriott, and Hawthorne Suites by Wyndham.

Home to the Ohio State Buckeyes, Columbus is a town filled with things to do for everyone. During college football season, head to the Horseshoe Stadium to cheer on the Buckeyes, or chill at one of the university bars to watch the game on TV with a drink in hand. If you’re traveling to Columbus with children, spend the day at Columbus Zoo and Aquarium or visit COSI for a day of interactive learning. For a night on the town, catch a show at either Newport Music Hall, Nationwide Arena, or Lifestyles Community Pavilion followed by a meal at one of the city’s top-rated restaurants. As far as where to stay, your options are nearly endless. Book a room in one of these affordable Columbus hotels: Varsity Inn South Hotel, Hilton Garden Inn, Hilton at Easton, or Four Points by Sheraton.

Whether you’re interested in historical sightseeing, eating quality food, drinking unique local beer, or spending the day outdoors, a trip to Cincinnati will allow you to do any of these things. For a true taste of Cincinnati, buy a ticket to a Red’s baseball game or spend the day watching some Bengal’s football. Follow it up with a trip to one of Cincinnati’s very own microbreweries, such as Rhinegeist, Moerlein, or MadTree Brewing Company. If you’re traveling with kids, take them to the newly renovated Cincinnati Zoo and Botanical Gardens, or give them an educational experience at the historic Museum Center at Union Terminal. When deciding where to stay, consider any of these top-rated Cincinnati hotels that won’t break the bank: The Garfield Suites Hotel, Cincinnatian Hotel, The Westin Downtown, or Renaissance Downtown Hotel.

The city of Cleveland, Ohio is home to popular attractions such as Rock and Roll Hall of Fame, Cleveland Metroparks Zoo, Cleveland Botanical Gardens, and Cleveland Museum of Art. If you’re looking for something family friendly, visit the Greater Cleveland Aquarium or Great Lakes Science Center. Reserve a room in one of Cleveland’s best hotels, including University Hotel and Suites, Sheraton at Cleveland Airport, or the Hampton Inn Downtown.