Irish whiskey is really flying in the rest of the world and who can blame the rest of the world when it’s so damn good! And there are plenty of Irish whiskey companies trying valiantly to cope with demand. Leading the way are the older well-established distilleries which go back hundreds of years but there are also plenty of hungry new whiskey companies springing up everywhere on the island of Ireland determined to claim a portion of the increasing global demand for themselves. 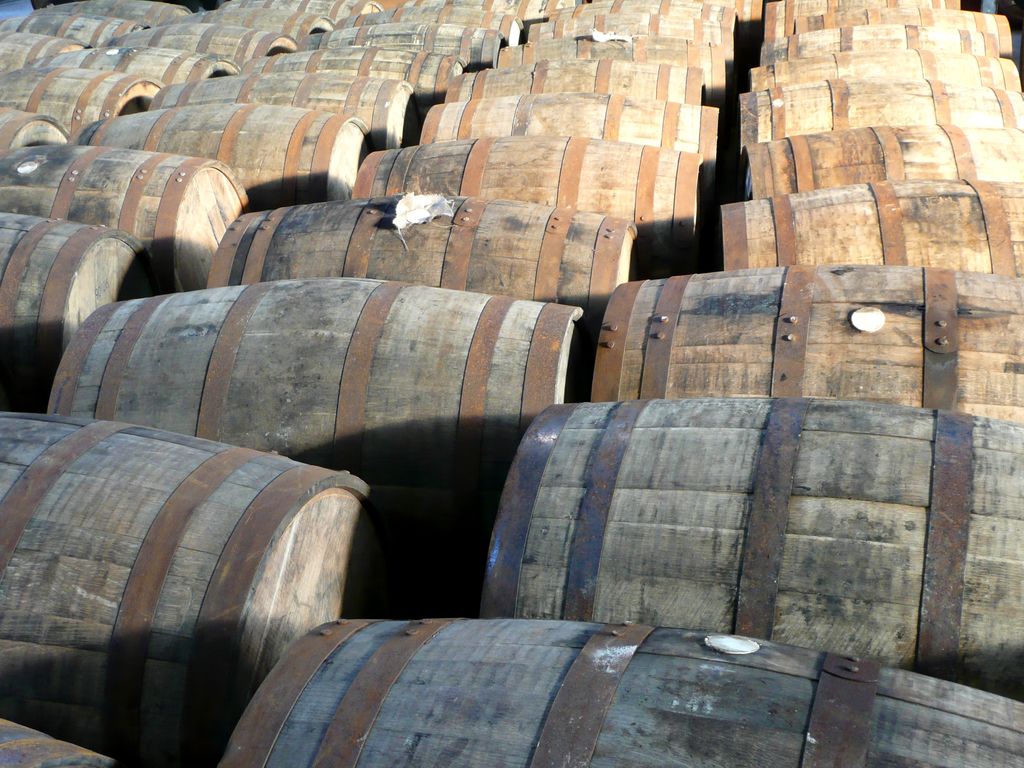 The Irish whiskey distillery with the oldest pedigree and a claim to be the world’s oldest distillery with legal standing, Bushmills in County Antrim, just over an hour from Belfast, was set up in the early seventeenth century and has really distilled the art of making top class whiskey. Take the tour of this most modern establishment and you’ll learn how they improved their processes over the last four hundred years with the fun and informative guides and see in minute detail how the whiskey moves from distilling to blending to final bottling. And what whiskey tour would be complete without a dram or two at the end? 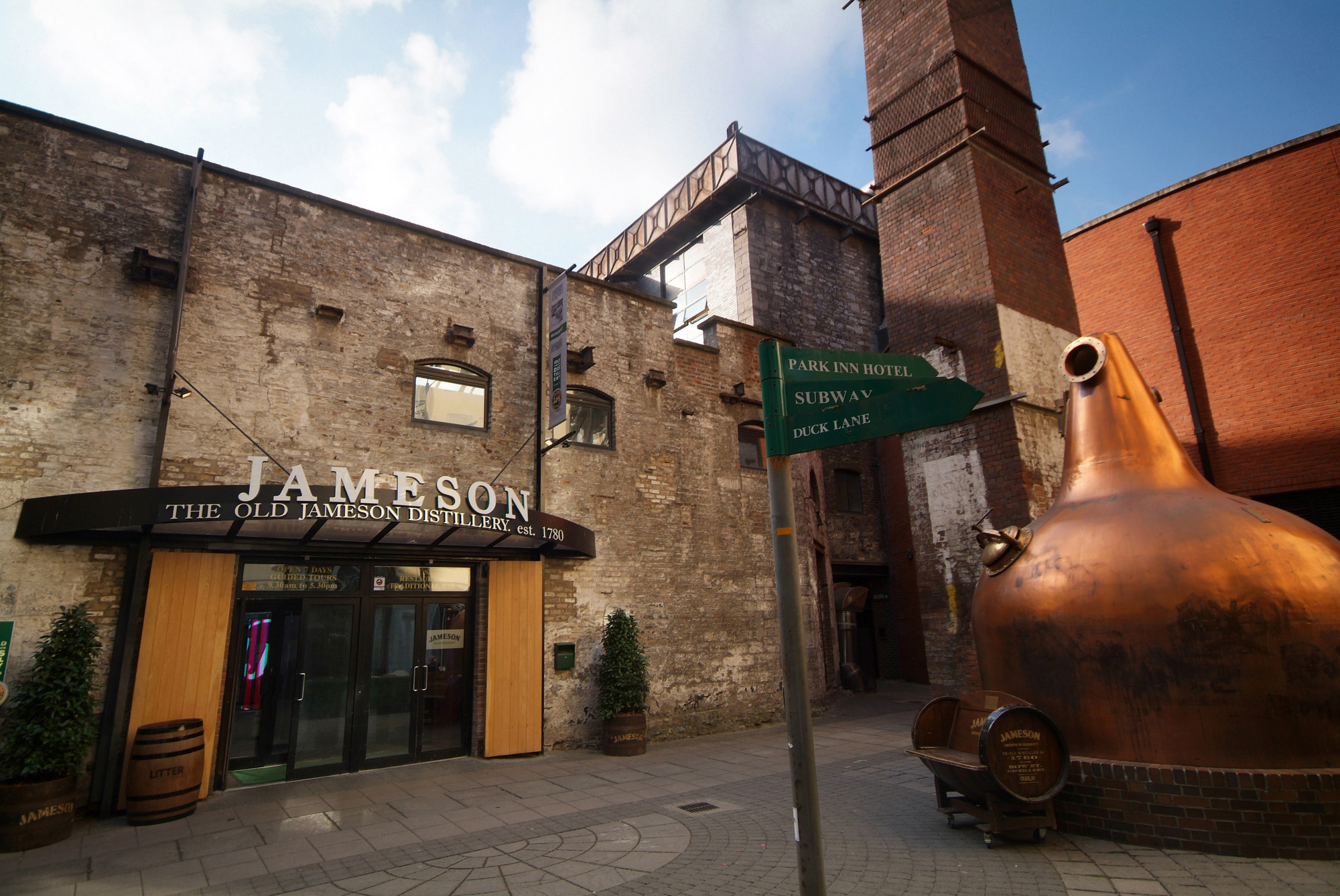 Irish whiskey isn’t made in this distillery anymore but its production from 1780 until recent years has left a firm imprint behind. The Old Jameson Distillery in the centre of Dublin City used to produce what is perhaps Ireland’s most famous export whiskey and is now a museum and exhibition of the fine art of producing fine Irish whiskey. The regular guided tours give a real appreciation of the hard and intensive work required in the centuries that followed its first products before evolving to the more streamlined and delicate process now used to create Jameson Whiskey. The whiskey tastings at the end of the tour are appropriately enough for the whiskey, operated in a silkily smooth fashion.

From one of the older Irish whiskies to one of its newest. Only open since 1987, the Cooley Irish Whiskey Distillery had tours around its premises almost as soon as its production casks opened and the whiskey came pouring out. Cooley was actually the first new Irish whiskey distillery opened in one hundred years when it was established in 1987 and has a great visitor centre for fans of the drink. Just 45 minutes from Dublin, Cooley goes to great lengths to impress on its visitors the importance of the clean quality of water that it draws from the river that runs alongside the distillery to give it the peaty taste created. You can fill up your own souvenir bottle from a cask and the whiskey artisans who double up as tour guides are ready and able to answer the simplest or the most technical questions. 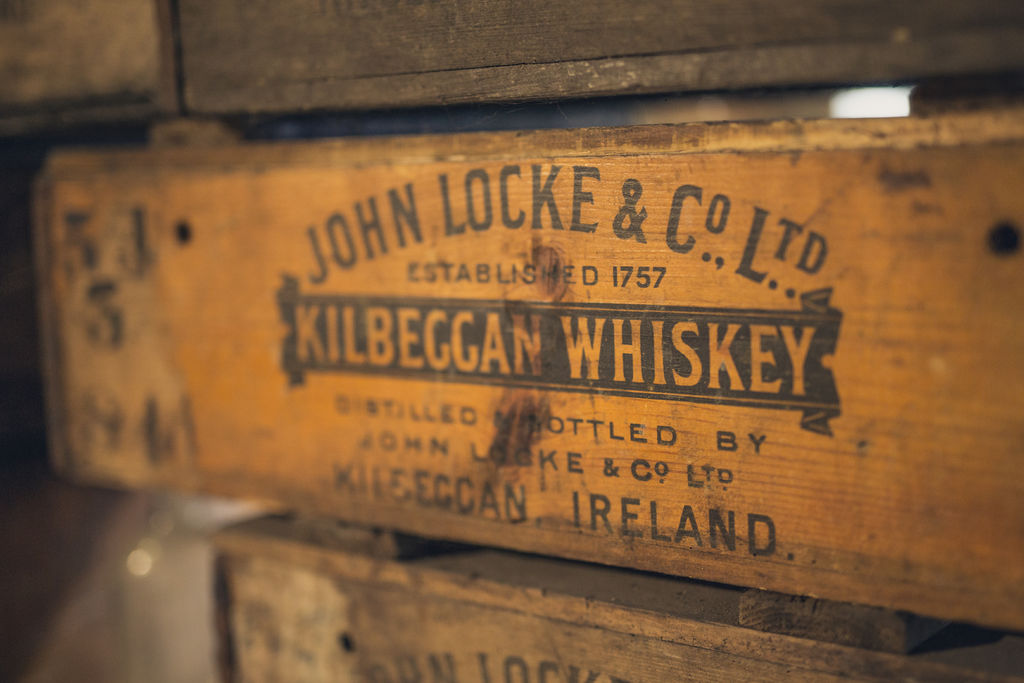 In County Westmeath, only an hour from Dublin sits a newly revived Irish whiskey distillery. Locke’s Old Kilbeggan Distillery doesn’t have a visitor centre but that’s no handicap as visitors are thrown straight into the earthy experience of making whiskey at this production site. New stills were started up at this distillery in 2007, originally founded in 1757 but closed in 1957, and this Irish whiskey producer has gone from strength to strength ever since, winning for itself an impressive reputation with overseas customers, its primary target. You might be a fan too after visiting this distillery.

Like the respective whiskies, this is a slightly more polished visitor experience than Locke’s. The Tullamore Dew Heritage Centre in County Offaly is a state of the art facility catering for both the beginner whiskey fan and the whiskey connoisseur. Part of a new €35 million ultra-modern distillery, the tours are expertly crafted to place Tullamore Dew into the most favourable light possible but you cannot fail to be impressed by the level of detail that goes into the intricate process of whiskey distilling in this Offaly site. As an added bonus and if you have time, the town of Tullamore has plenty of pubs that really know their Irish whiskey where you can put your new-found knowledge to a practical test.