As technology continues to evolve, more and more tasks are being automated across the globe. Projects that used to need a human touch are now completely managed by machines, eliminating the need for people to be involved at all. This is especially apparent in the workplace, where many jobs are quickly being slashed in favor of electronic assistance. Here are just a few of the jobs that might be on the chopping block in the near future. 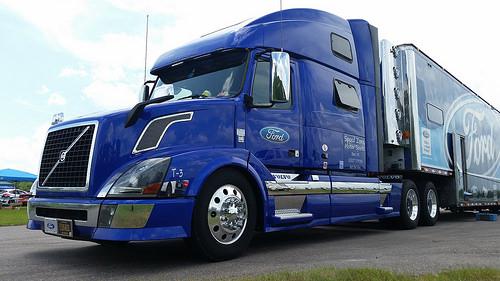 Since scientists haven’t even been able to control self-driving cars yet, it might seem unlikely that there will ever be a self-driving semi. However, automated trucks are definitely on the horizon, with 54 percent of professional CDL drivers concurring that the process might happen sometime in the next 10 years.

In 2015, Daimler’s Freightliner Inspiration was the first big truck to hit the road without a driver. Then, in 2016, Uber bought out Otto, a self-driving truck company. And as recently as 2017, companies NVIDIA and PACCAR released their proof-of-concept autonomous truck, along with their intentions for continued research. Clearly, scientists are right on the verge of having a road-ready big rig, so it’s just a waiting game for truck drivers at this point.

Helping people adventure across the world by booking travel for them sounds like an ideal career, but the bleak reality is a bit different. The Bureau of Labor Statistics predicts a job decrease of 12 percent between 2016 and 2026, meaning this is a terrible time to get into the travel agent industry. This sharp decline is mainly because many people are now comfortable booking travel themselves through the internet. Nowadays, the average consumer can get just as good if not better deals just by browsing the web.

However, the outlook for travel agents isn’t completely dismal. If you can specialize in specific destinations, such as rainforest excursions in the Amazon, or specific types of travelers, such as the rich and elite, you may be better positioned to stay in business.

With the advent of the fake news trend, it should really be no surprise that the tried-and-true journalism of the past is nearly dead. This is even more valid for newspapers, which are losing many of their customers to more easily accessible web media. People would much rather click some links on their phone than pick up an actual newspaper and flip through the pages.

Because of this, the need for reporters in general is expected to decline by 9 percent between 2016 to 2026. Because newspapers aren’t making enough money in advertising, they simply can’t afford to pay as many reporters for content creation. Luckily, there are other avenues that out-of-work reporters can take, as hiring for general writers is expected to rise by 3 percent in the next decade.

These three occupations are just a few of the many that are currently at risk because of technological advancements. As traditional jobs become scarce, people in these occupations will need to get more creative about the types of work they’re willing to try.