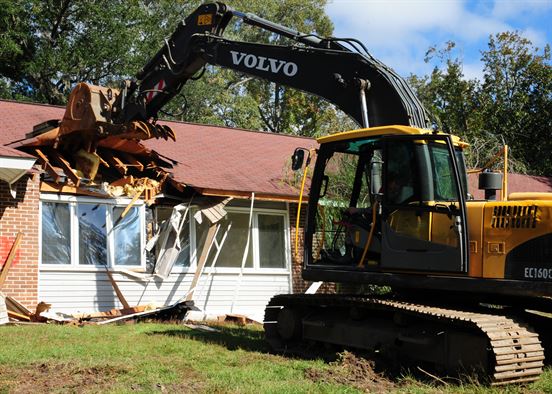 Of all the powers government has, few are as universally loathed as eminent domain. Sometimes justified, often not, it is a constitutionally enshrined right which allows governments to seize private property for the public good.

Outrageous as it is, few have been able to stop public officials from carrying out this practice, making it advisable to negotiate the best possible deal rather than resist.

In the paragraphs below, we’ll show you what should be done if you have been served with an eminent domain request.

There are many details in the fine print of an eminent domain request you might not be able to comprehend on your own, which could lead to some nasty surprises later on.

As such, we strongly recommend you seek legal aid as soon as you hear rumors about an impending expropriation.

The latter is often justified by the increased tax base that such a project would create; as unfair as that sounds, these seizures are defended by the outcome of the Kelo Supreme Court case, which ruled that eminent domain in these circumstances are 100% legal.

The government wields enormous power in these matters – if you want to come out the other end in the best possible shape, having an experienced eminent domain lawyer by your side is crucial.

Have your property appraised

The value of your property is the key number an expropriation case will revolve around. While municipal officials will arrive at a number using their own appraisers, you can be sure that they will lowball you in their first offer, as they want to pay as little as possible to show they are spending taxpayer money efficiently.

As such, it is crucial you bring in your own appraiser who will provide a number that is free of bias. Once you know what your property with worth, it will give you and your lawyer the perspective required to make the right decisions as your eminent domain case moves forward.

Settle or fight for a higher judgment

With a legal professional working for you who knows all the nuances of expropriation law and a solid idea of what your home/land is worth, you can either move to settle the case as soon as possible, or you can drag out the process.

The former should be pursued if the municipal government is offering an amount above what your appraiser says your property is worth, or if the amount offered is reasonable and you are in a housing market where prices are stagnant or falling.

Fighting expropriation can be risky

Some home/land owners are adamant about taking the fight to city hall, as they believe the practice of eminent domain is morally wrong.

While there have been some cases where property owners have been able to apply enough political pressure to get the government to back down, many have failed, and are forcibly evicted with a paltry check as compensation.

Don’t let this happen to you – assemble a strong team so you can get every dime to which you are entitled!