Thailand is a renowned backpacker’s paradise, offering glorious beaches stretching on as far as the eye can see, some of the world’s most beautiful natural scenery and of course those infamous full-moon parties. But this Asian nation has far more to offer than cheap getaways for gap year travellers, with a vibrant food scene that will tantalise the taste buds of any foodie. And there’s far more to Thai cuisine than the usual green curry. You won’t want to leave without sampling this delectable selection!

Often known as ‘sour Thai soup’ on British menus, this broth heavily features herbs and its tart taste is unmistakably Thai. The shrimp version – tom yam kung – is the Thai favourite, and it’s not hard to see why once you stick your teeth into that flavoursome seafood. 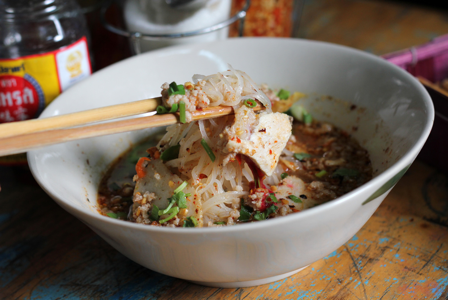 Each region is famous for its own specific dishes, but if you find yourself in the country’s North this curry-based noodle soup is one not to miss! It’s usually a chicken or beef dish, and it’s well worth trying it with sides of shallots, pickled vegetables and lime if you can! These crunchy additions contrast perfectly to the rich, spicy, coconut milk broth and its soft egg or wheat noodles.

Thailand is famous for its street food, and this is a real Thai staple. Combining meat fried with kaphrao (holy basil), this dish is served over rice, crowned with a fried egg and garnished with a generous dash of garlic and fresh chilli.

If you’re a serious foodie, it’s always worth checking out some handy tips to know before your departure flight and finding out the best places to sample some of your favourite dishes, but som tam has permeated almost every corner of the country and you’ll never have to look far to find some. Tracing its roots back to the rural north east of the country, the dish features strips of unripe papaya bruised in a pestle and mortar with chilli, long beans, tomato, fish sauce and lime. This Thai classic is best served with an accompaniment of sticky rice 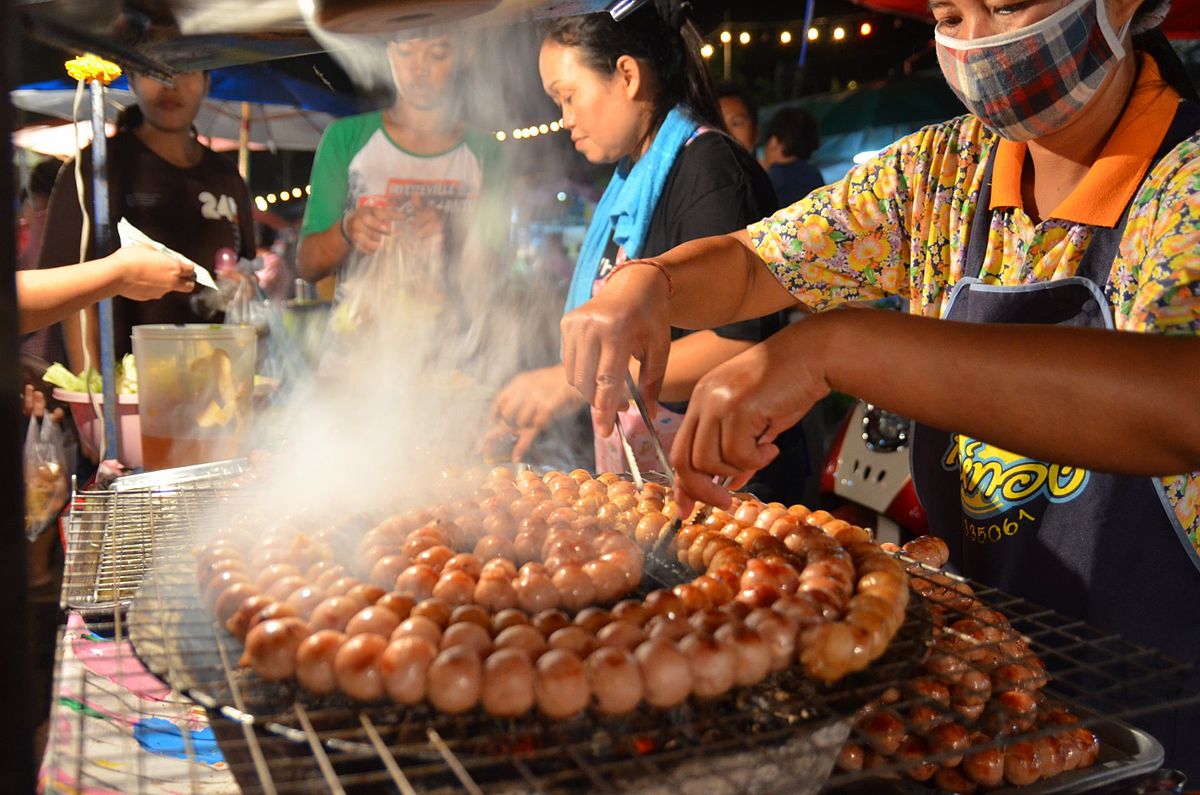 A favourite on Thai restaurant menus across the globe, pad thai really doesn’t need any introduction and is one of the country’s most renowned dishes. The dish varies enormously depending on the region and eatery you visit, but traditionally you’ll be served noodles accompanied with tofu, onion, bean sprouts and the dish’s distinct ground peanuts. Great for those who know exactly how they like their food, it’s up to you to add the finishing touches of sugar, chilli powder, fish sauce and crushed peanuts, so you can add as much or as little as you like. A truly unique dish!

Another dish you might have seen on offer in Thai restaurants is massaman curry – with the word massaman literally translating as ‘Muslim’. Unsurprisingly it’s the country’s Muslim community that diners owe this dish to, and it traditionally features beef or chicken, though pork can be found as the dish has been embraced by Buddhist diners. The meat is served with a mouth-watering mixture of coconut milk and potatoes, seasoned with bay leaves, roasted peanuts, cinnamon, sugar and tamarind sauce.