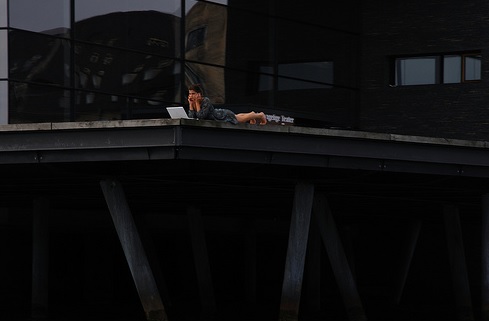 As digital citizens we are in the happy position that we can work globally and live locally. Our digital devices mean that we can communicate and collaborate across continents at the same time that we can immerse ourselves in the specific, close up and intimate environments in which we choose to place ourselves.

In The Year Without Pants, author Scott Berkun describes how WordPress was run on the basis of a scattered set of brilliant minds, interacting across the world in a way that confounded just about every twentieth century management maxim. Rather than discipline, regimentation and control, the ethos was one of creativity, free thinking and nimble collaboration. It is a great read, and a perfect illustration of the power that digital freedom can generate.

That’s ‘power’ in the sense of what can be achieved on a grand scale – and few would argue that WordPress, with more than 50 million different websites resting on its software, has not achieved great things. But it is also a reflection of the empowerment and enrichment – in all senses – of the 120 or so workers who make up the WordPress workforce. By comparison with the likes of Google, Amazon or Facebook – online behemoths all – that is a miniscule workforce. But clearly WordPress has found a formula that works – if you’ll excuse the pun. Berkun’s book is an analysis of how it does so.

From the point of view of those of us who are not tied to the same desk in the same office day to day, that turn to intellectual rather than manual work that the digital revolution has brought about has been incredibly liberating.

There are critical voices who argue that this is simply a contemporary form of the sort of Western colonialism that blighted the 18th and 19th centuries. But that is only one part of the story. The global spread of software like WordPress, and of media tropes like the English Premier League, football betting is internationally provided by bet365 amongst other bookmakers and the IPL (to limit the example to sport) is a two way street. Cricket in India is impacting English, West Indian  and Australian more; footballers from the Far East, the Middle East and from the US are moving to Europe. And in the process – as is the case in a thousand other walks of life – those migrants carry their cultures and their histories with them, publicising and promoting them as they go. The story is one of hybridization rather than colonization.

And as nomadic workers we should be aware that we do the same, wherever we find ourselves. Just as we might enthusiastically leave digital traces of our freedom here online, we impart social footprints at every stopping off point. As we tap away at our laptops in some far flung location, there are people watching and wondering if they could perhaps not do the same thing, and if they might not be able to enjoy the same freedoms, reaping the same rewards. 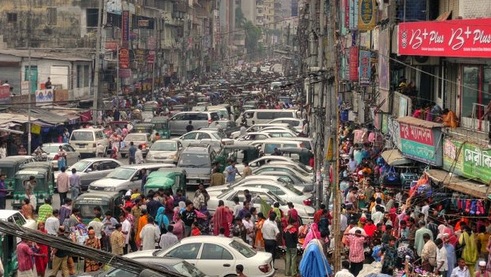 There is much that we take for granted in this freedom, not the least our Western affluence, our education and even the English which enables our global connectivity. Much as there is to celebrate in our liberty, there is also a responsibility to behave sensitively. The example we set is not one that can be easily replicated by everyone who we meet along the way.

Enjoying the rewards of working globally comes at the price of acting sensitively and sympathetically with the people we encounter, some of whom may never even hear of WordPress, Google or the English Premier League. As Berkun says, “A great fallacy born from the failure to study culture is the assumption that you can take a practice from one culture and simply jam it into another and expect similar results”. The world we all share is more fluid and more unpredictable than that.